Rose’s adventures in the US will start with a road trip with Abracadabra Trip and Blac Rabbit to Fort Myers and Miami, Florida. In collaboration with this project she will play for the local residents who are suffering from the damage of hurricane ‘Ian’

Rosan announced her move to Brooklyn, New York for new opportunities that came her way. She will tell you about her upcoming adventures soon! 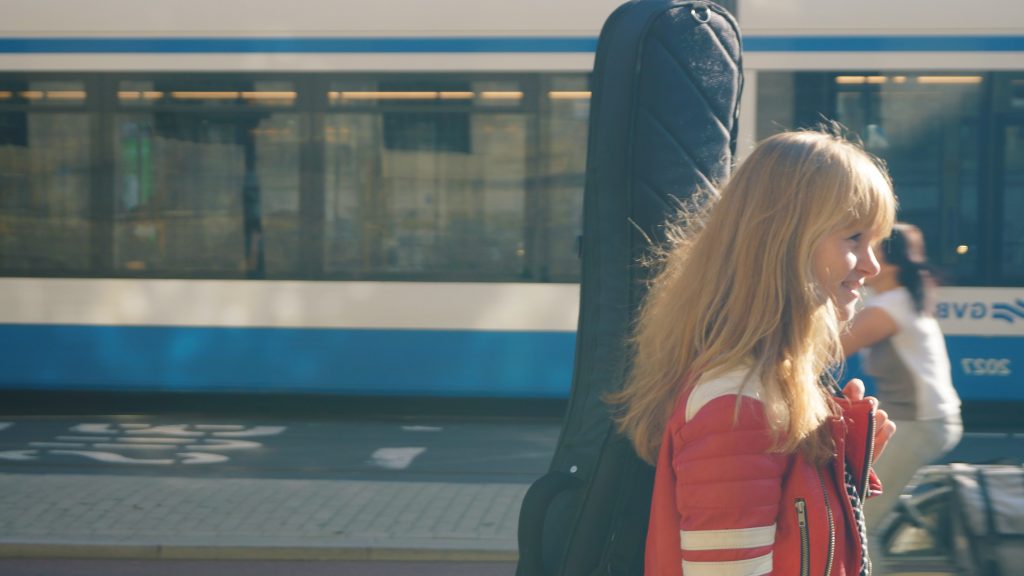 Rosan recorded a ‘feel good’ bass video! While gardening this is her approach to ‘Matinee Idol’ by Yellowjackets

Rosan recorded an entertaining bass video with Scottish bassist Lorna Thomas during her visit to Scotland!

Rosan recorded her own version of ‘POW’ by Larry Graham. Using the bass to shoot the funk into the world; let’s make music, not war

04-03-22 Rosan announces trip to collaborate with other musicians

This summer Rosan’s going on a trip to Ireland, Scotland and Norway. Accompanied by her bass guitar she’s gonna meet up with some great musicians she ‘met online’ during the lockdowns. And now It’s time to meet them in real! 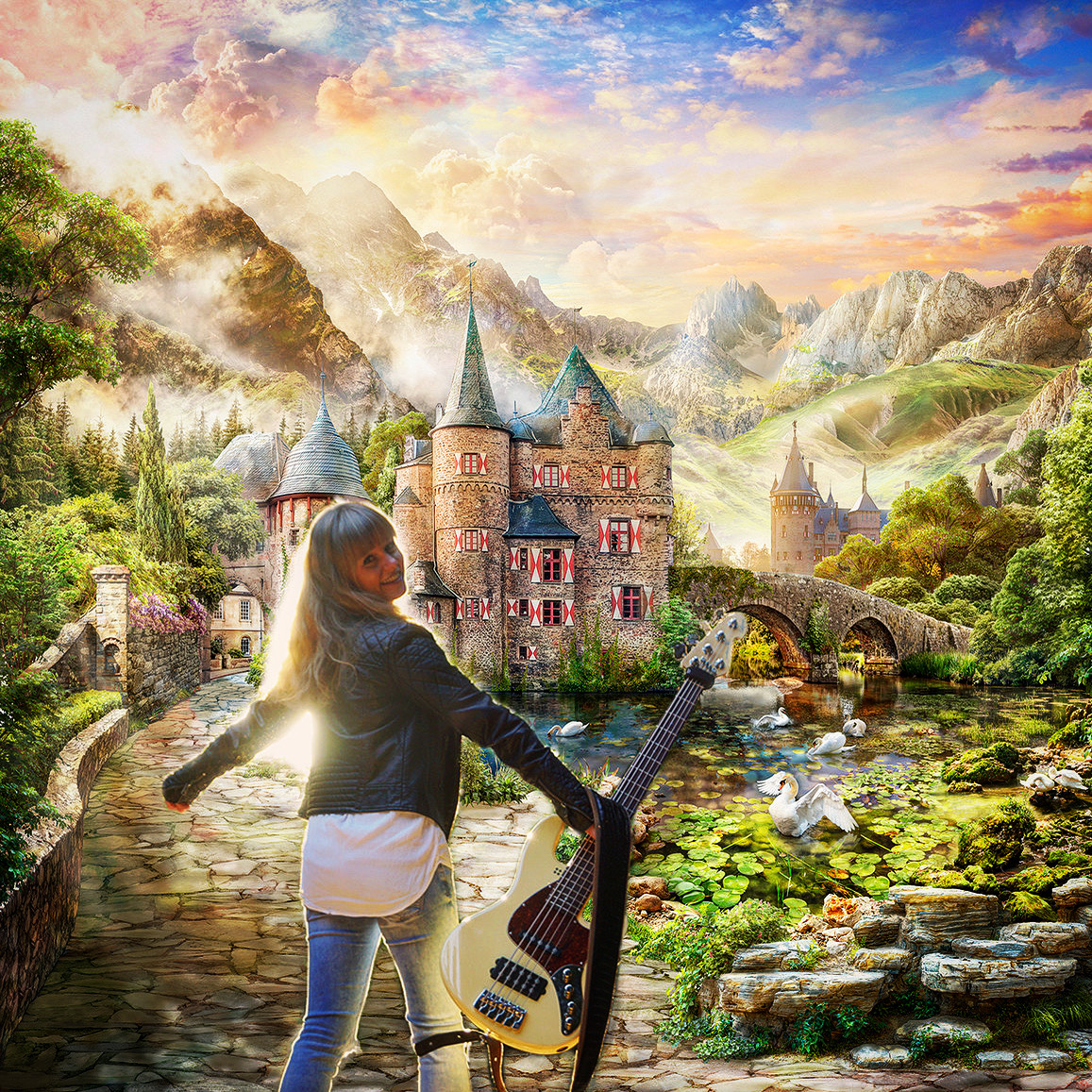 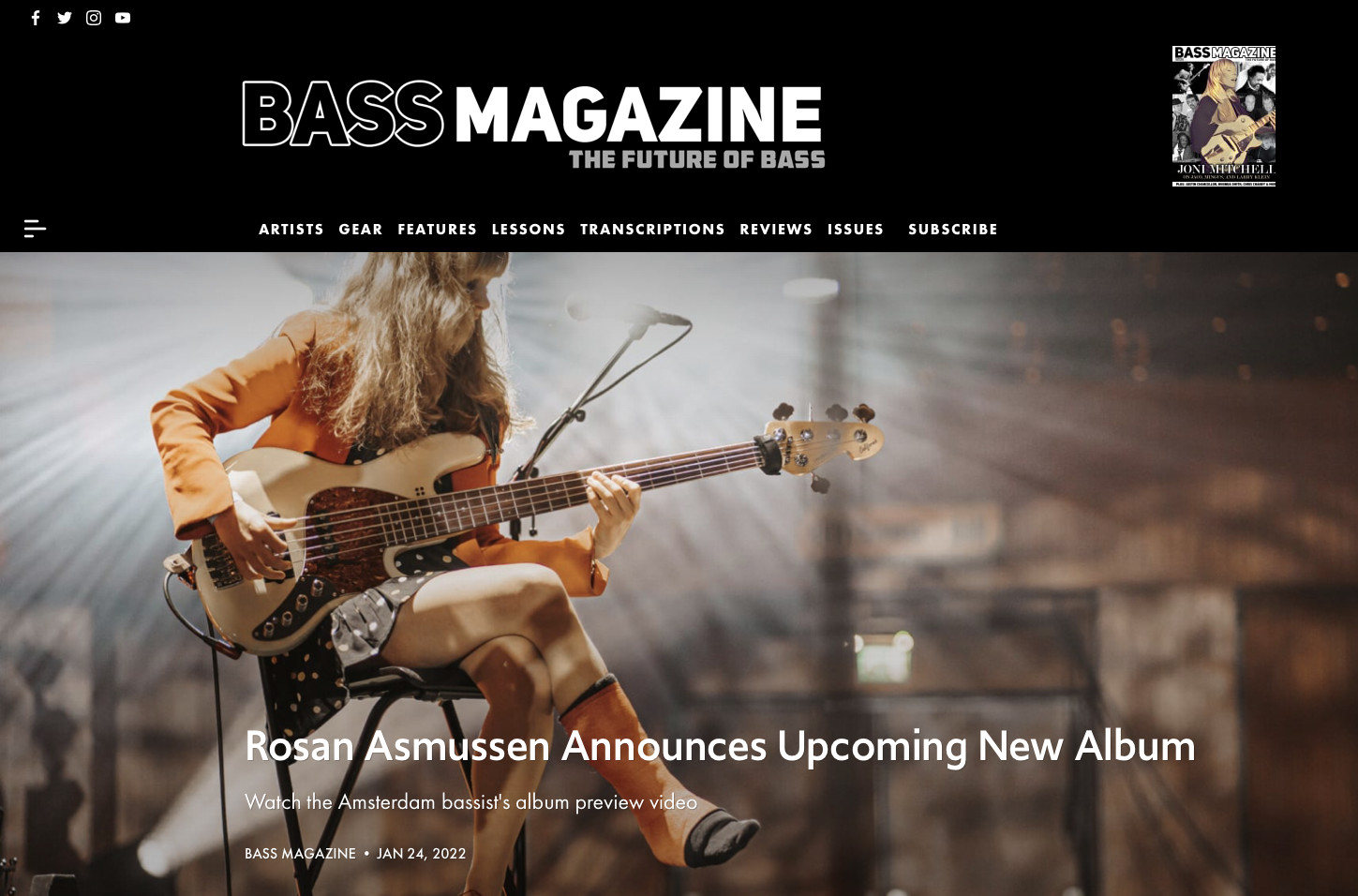 Rosan shared a video previewing her second album to be released later this year!

Great news today from Low End Nation that she has been voted player of the month, and she feels honored for that! 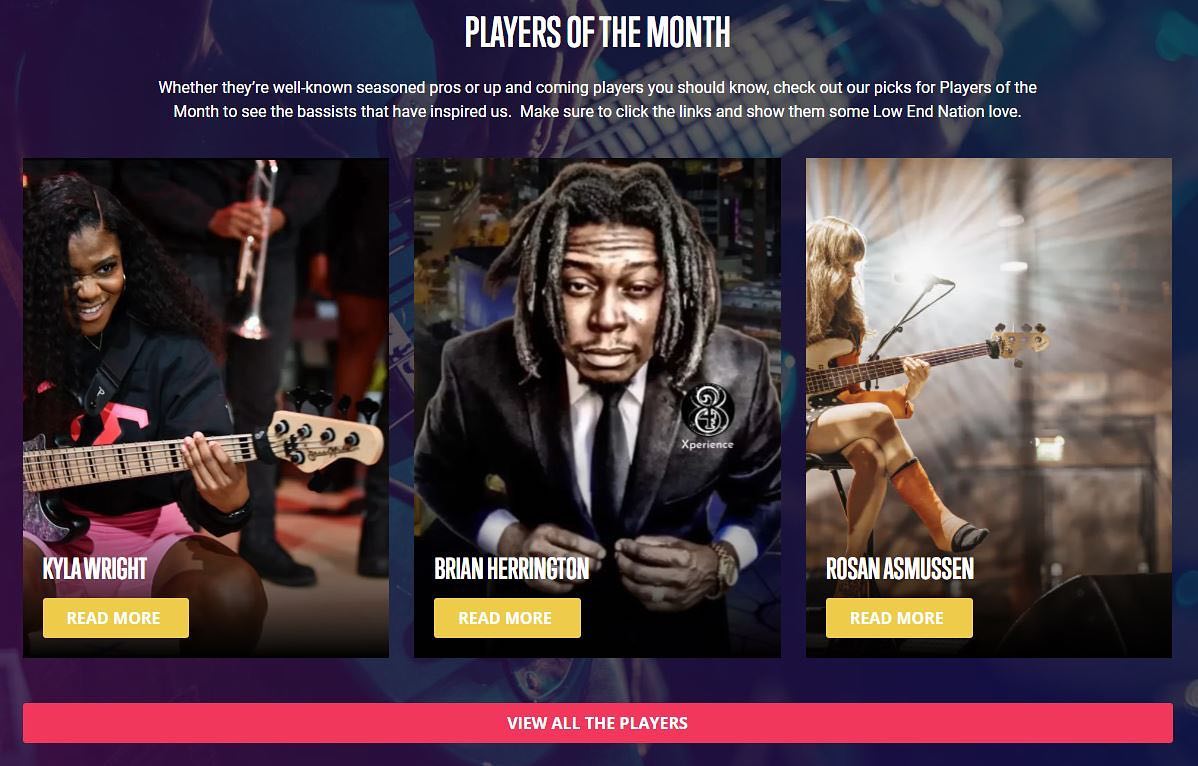 Currently Rosan is working on her second album and she’s making big plans. She can’t wait to share it with you next year! 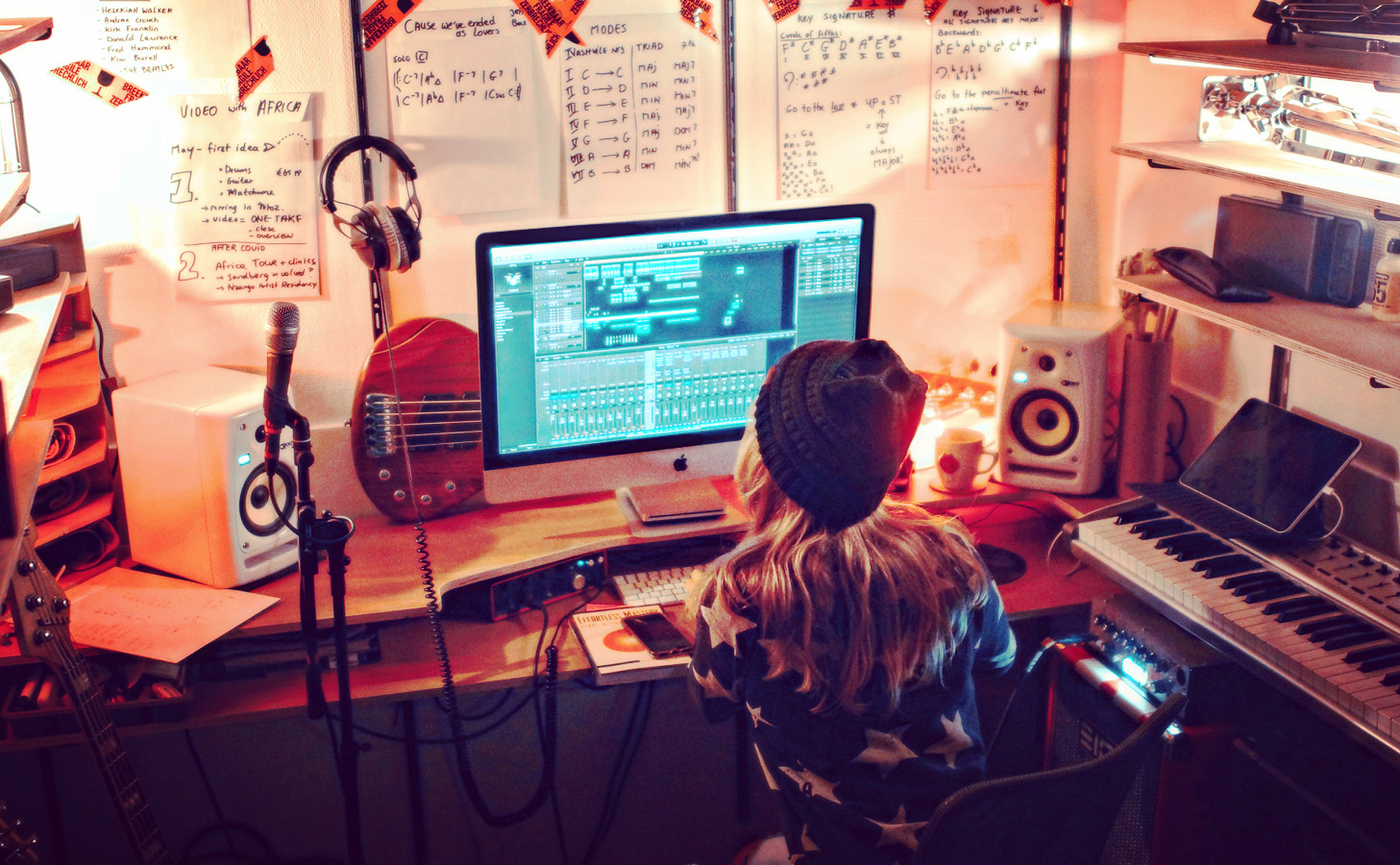 Today Rosan released her new single and got attention from some Dutch radio stations! The song is available at Spotify, iTunes, Amazon and Deezer.

Next week Rosan is about to release her new single ‘Braving the Unknown’ with video clip on Youtube, Spotify and Apple Music

Rosan got to test the new Sandberg California Supreme designed in honor of their 35th anniversary, very cool…. uh warm!

After a long time no shows, many videos, funny challenges and super cool new collaborations we can proudly announce that life on stage is coming back! Super excited about great things coming up. So stay tuned, Rosan will not let you down -~-* over.. 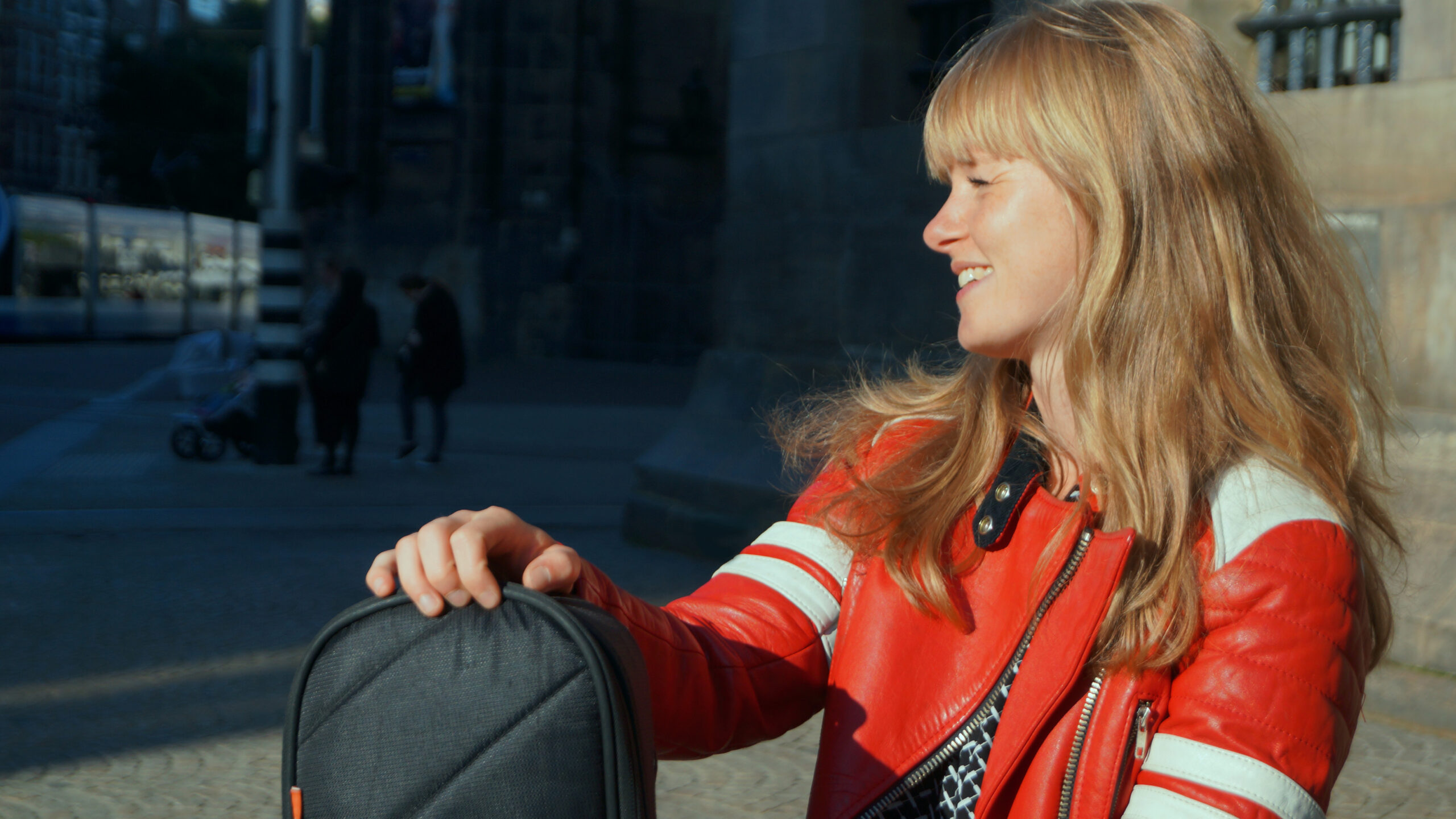 Great news. As a bass player for Abbey Hoes Rosan will perform on Noorderslag Festival 2021, Saturday 16 January 20:00 on mainstage ESNS01. Noorderslag presents the latest Dutch top artists and takes place in concert venue De Oosterpoort in Groningen on the Saturday. The showcase festival will be digital available for free on the ESNS platform. 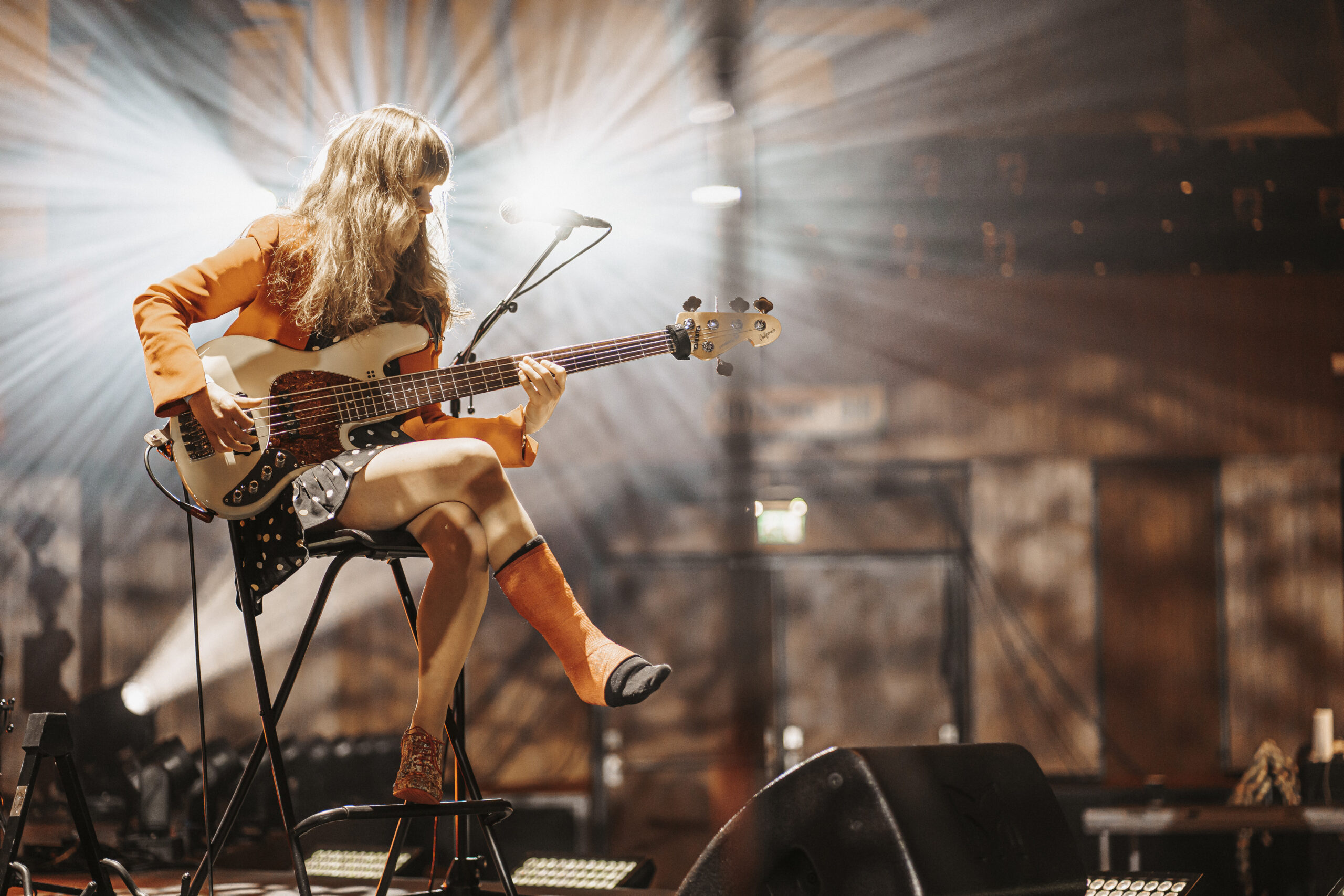 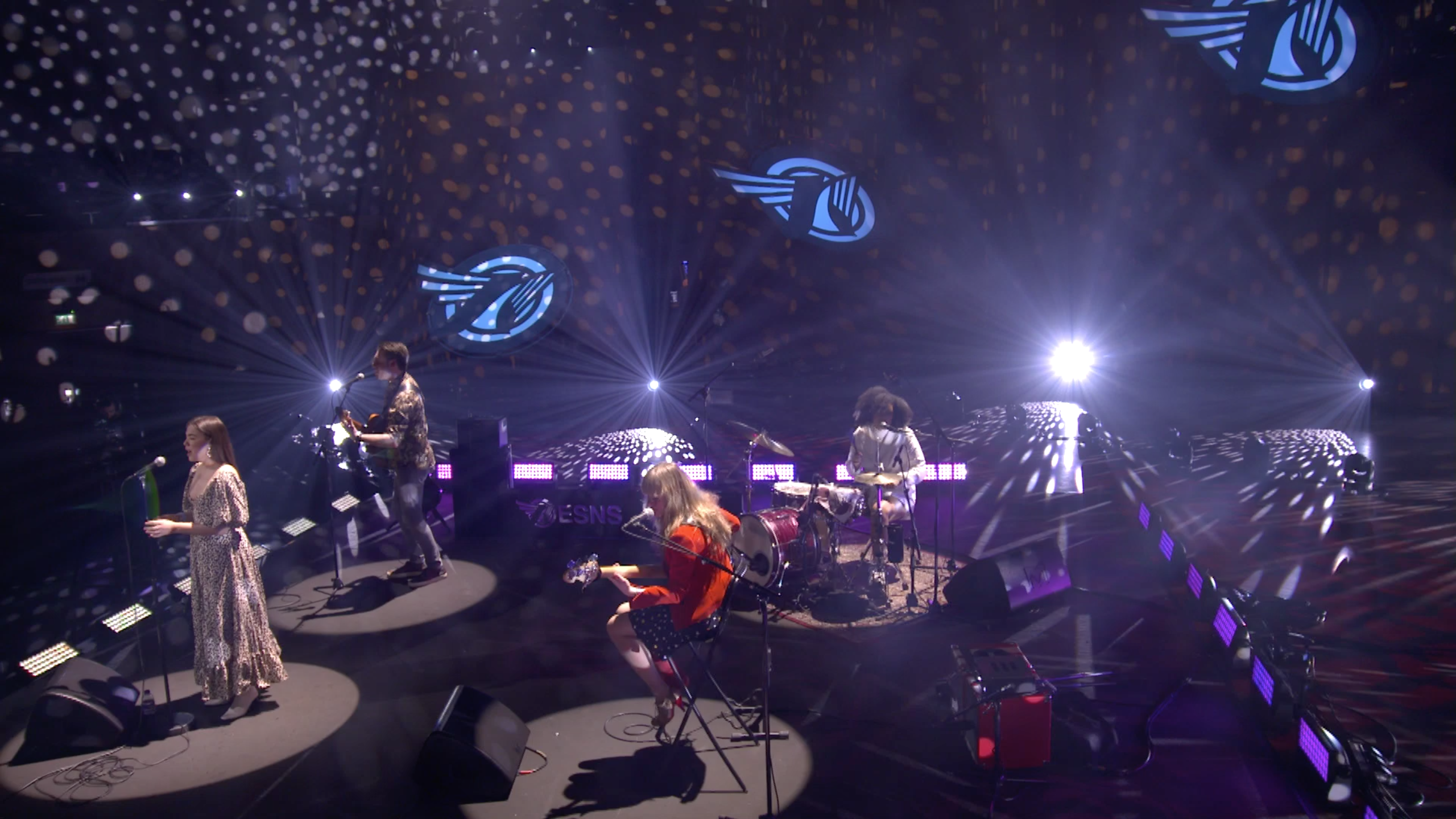 Bassist platforms/magazines ‘No Treble‘ and ‘De Bassist‘ have posted an item about the new bass video. No Treble: “This week’s most-watched video features two bassists, a popular song, and an extra shot of creativity. The duo not only knocked it out of the park with the music, but they also put together one super entertaining video.” Check out Lorna Thomas and Rosan Asmussen teaming up on Vulfpeck’s ‘Dean Town’ HERE!

Proud to announce that Rosan is officially endorsed by @eichamps and received her CUSTOM designed Eich amps for new adventures. These little red monsters are going to blow us away! 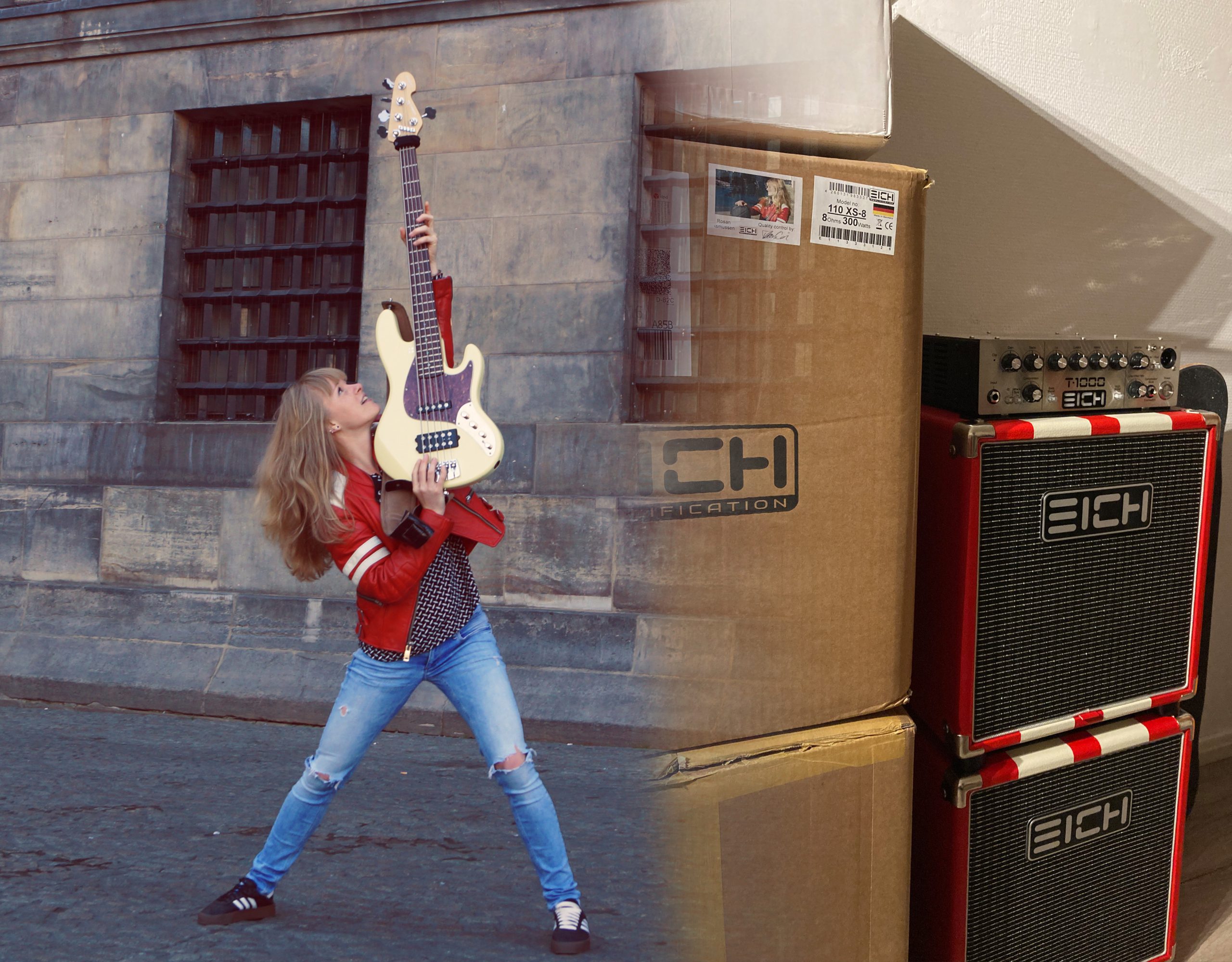 As soon as we can start playing again, Rosan will start working with Abbey Hoes as bass player for her band. Great things are coming!

8-10-20 New endorser for Sandberg and a visit to the family in Germany!

Rosan is proud to be Sandberg’s new endorser and she has been officially introduced to the Sandberg family by Holger.

Recently there have been new collaborations with amazing musicians. In this video Rosan and Sophie Anglionin are jamming on ‘Kadipo’; a song Rosan wrote in Africa

Today Rosan has launched a brand new bass video for Rosan’s Bass World on Youtube! She made a new bass arrangement for Charlie Puth – BOY and added some licks at the end. If you wanna try you can download the backing track 😉

Next week Rosan will launch her own bass channel on Youtube to share the greatest bass lines, tips and tricks with the rest of the world! 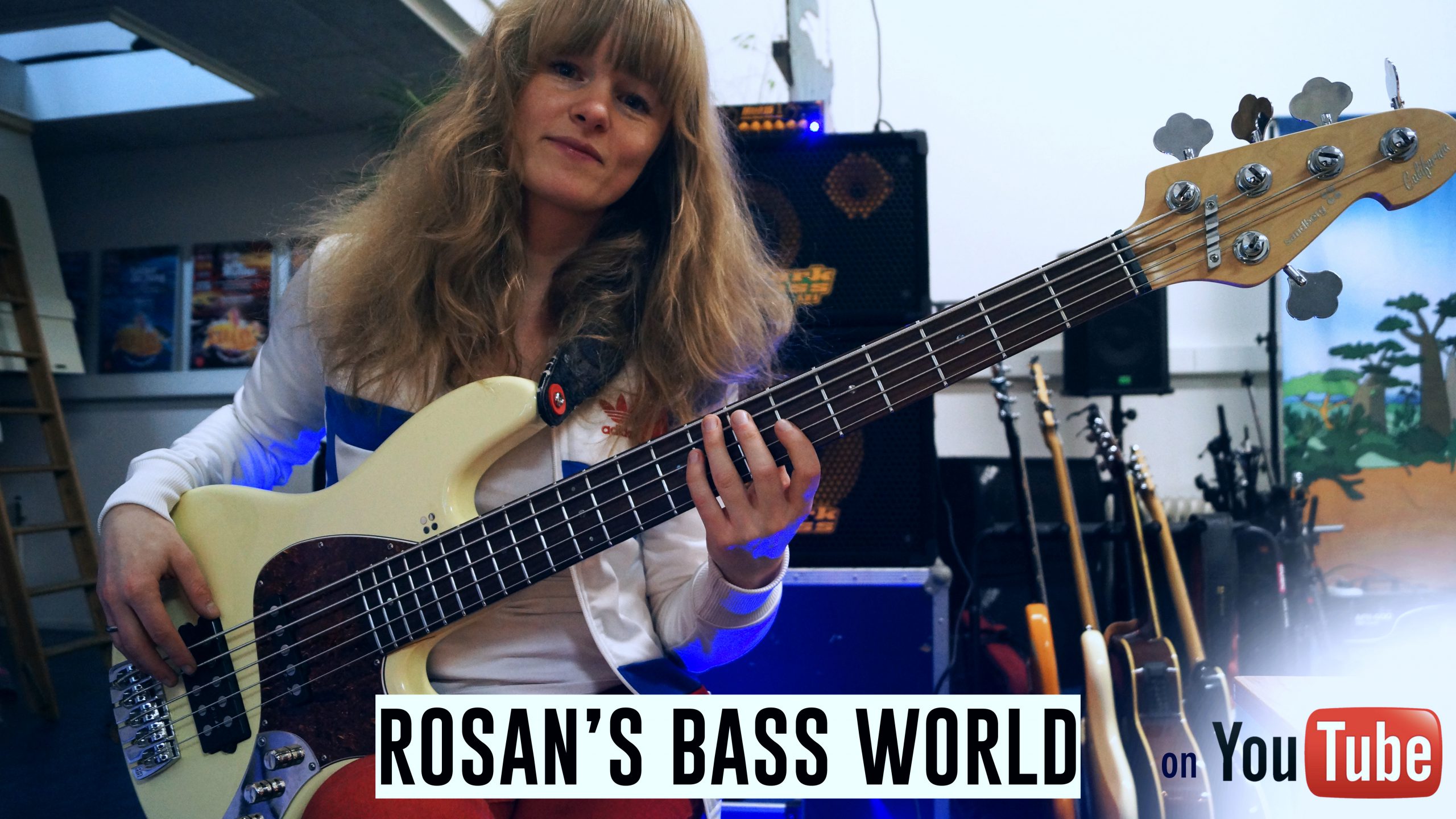 Rosan is proud to announce that she will be the bassist of this Marco Borsato tribute. With musicians who have played with the greatest artists in the Netherlands up to the band of Stevie Wonder she will play the Premiere on September, 26 2020.

JAMundo may have been paused for a while but a lot is happening behind the scenes, we are becoming a foundation and special events are coming up. At the same time there is also sad news. Our loyal host Dra ended up in a sad situation now that his mother is seriously ill in Mali. We are going to help him to travel to his motherland, are you helping? 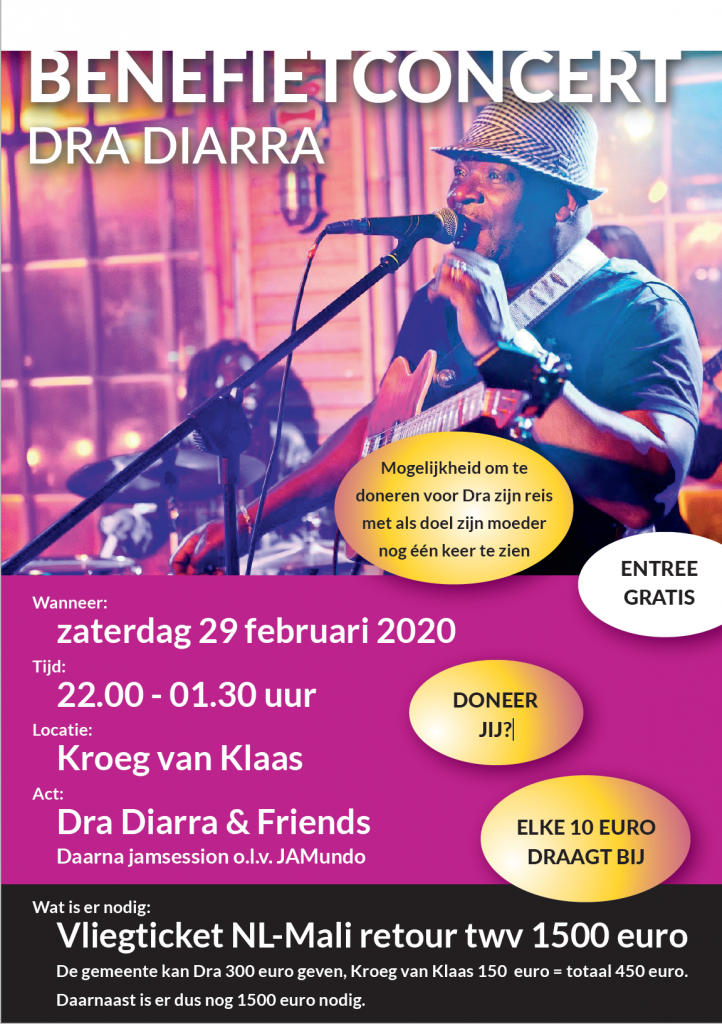 After three incredible years with lots of jam sessions and connections we made on stage, we are forced to temporarily pause this world oriented concept of JAMundo. Unfortunately, the evenings of JAMundo are not cost-effective for the hospitality industry in the heart of Groningen.

Unfortunately, we will not be able to continue these evenings without the support of the municipality funding. We are currently working behind close doors with the crew members of JAMundo and those involved to re-establish this concept in a different/better and improved way. 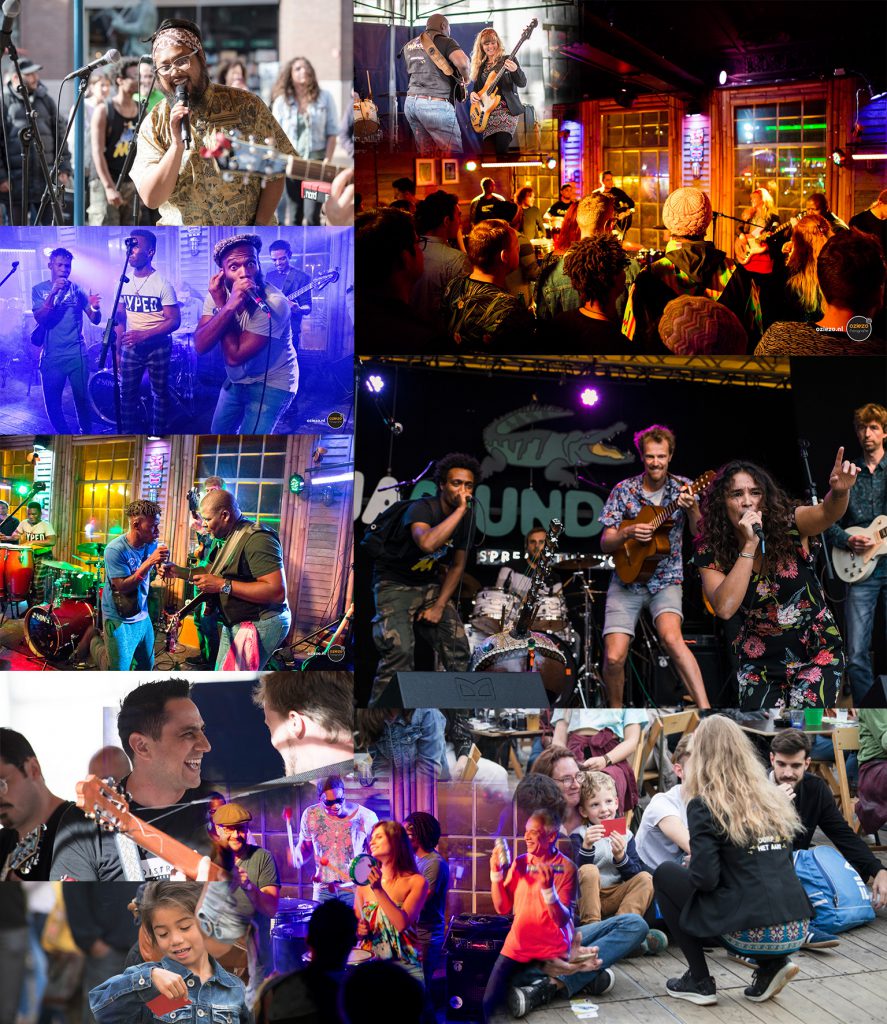 Rosan tells about JAMundo and why you should experience this.

In collaboration with a group of artists Rosan and business partner Pablo ter Borg organized a performance for JAMundo at the Cultural Award Ceremonies of Groningen. A collaboration of different cultures sharing the stages for a free jam! 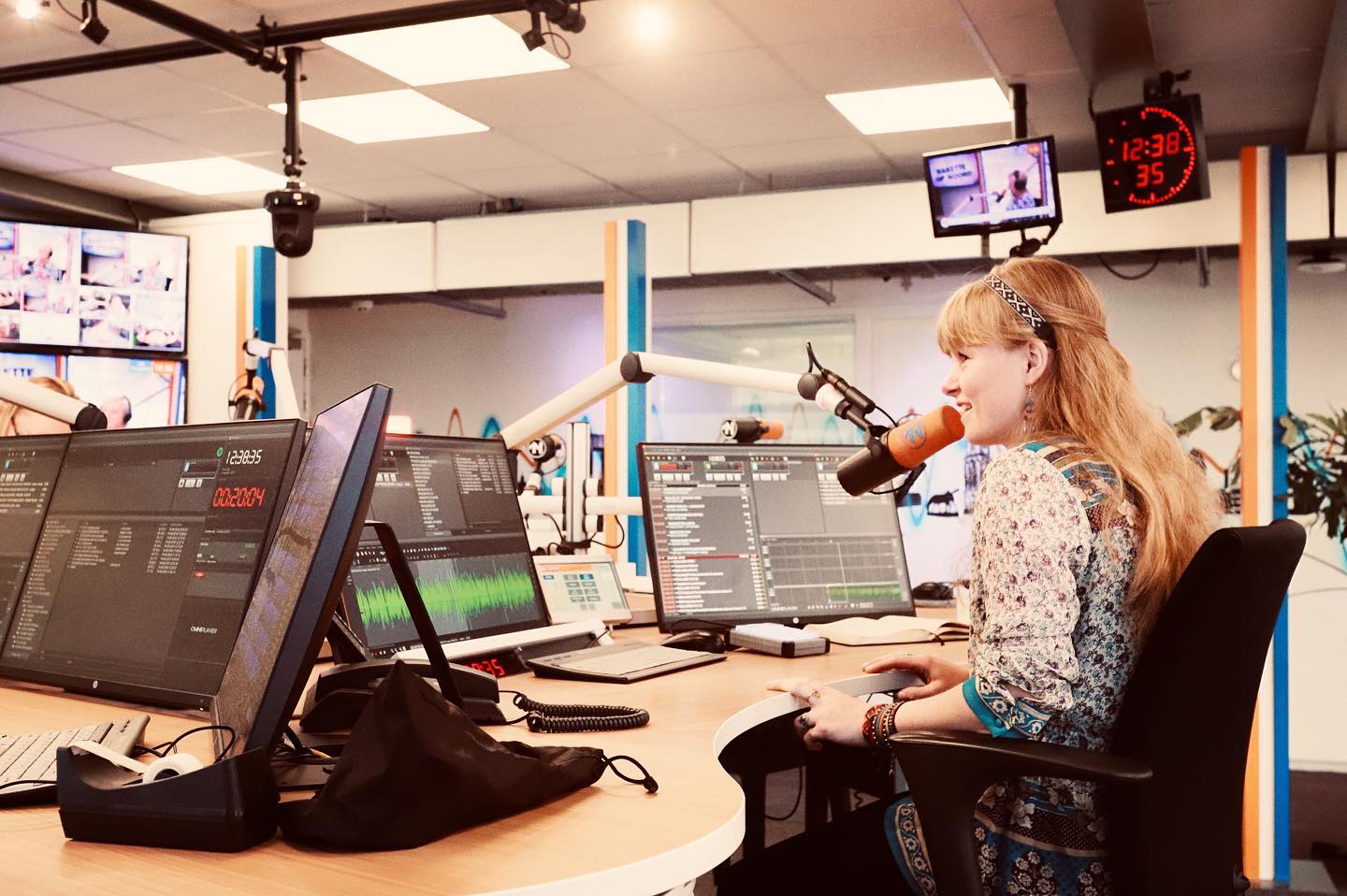 Rosan is traveling back to Holland after her music journey through Peru to discover the music traditions and performing her new songs.

Curious what happened in the past weeks? Check her blog HERE! 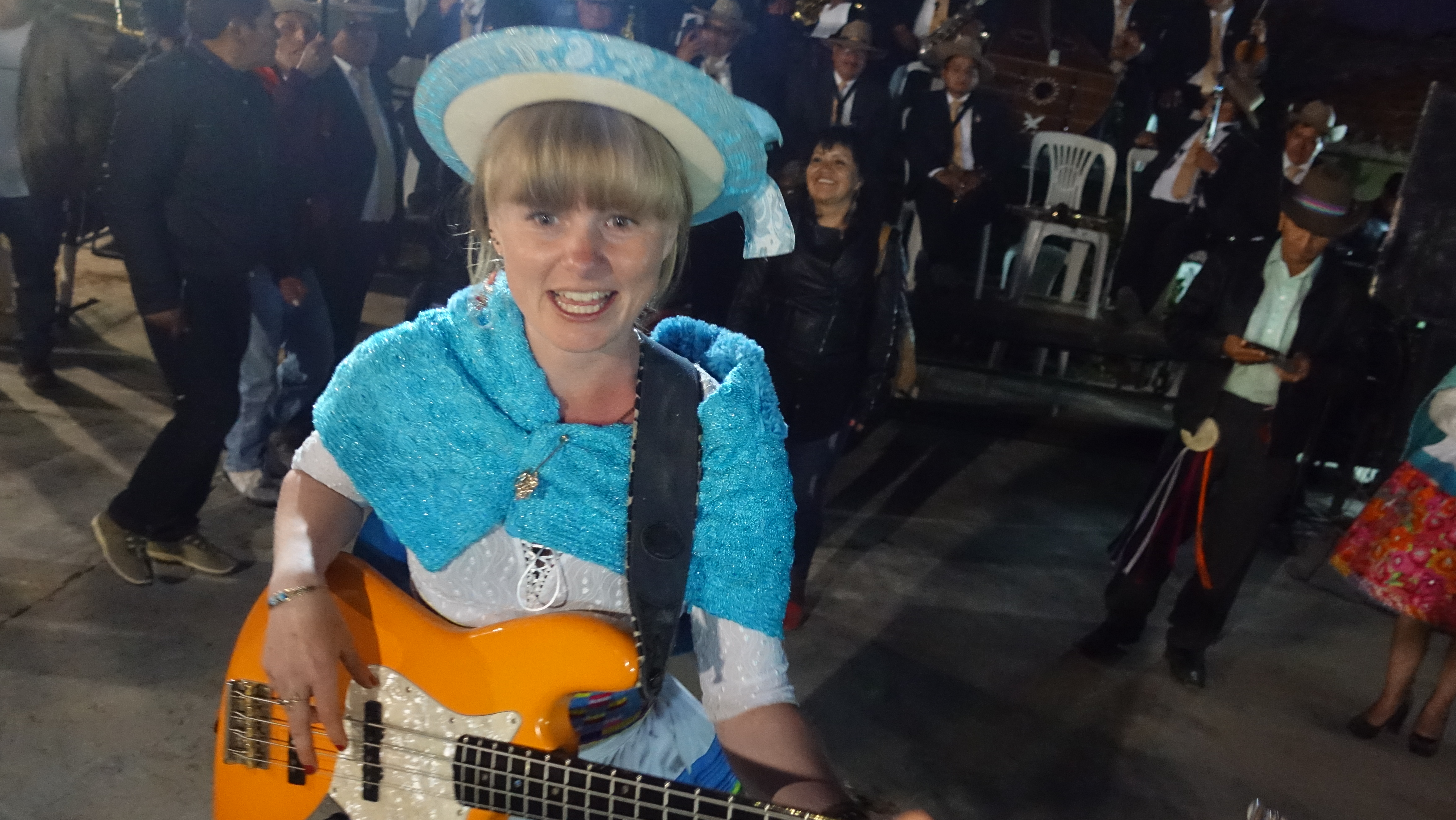 As Rosan is part of the organization Jamundo together with Pablo ter Borg they have found a new location for the returning jamsessions! Grand Café De Drie Gezusters in Groningen proudly confirmed to provide Jamundo for a location. In this collaboration the jamsession will be organized two times a month on Fridays. The Jamundo-agenda is to be found on the Jamundo-page in ‘projects’. The first edition, known as the new try-out, happened to be a great succes! So stay tuned! 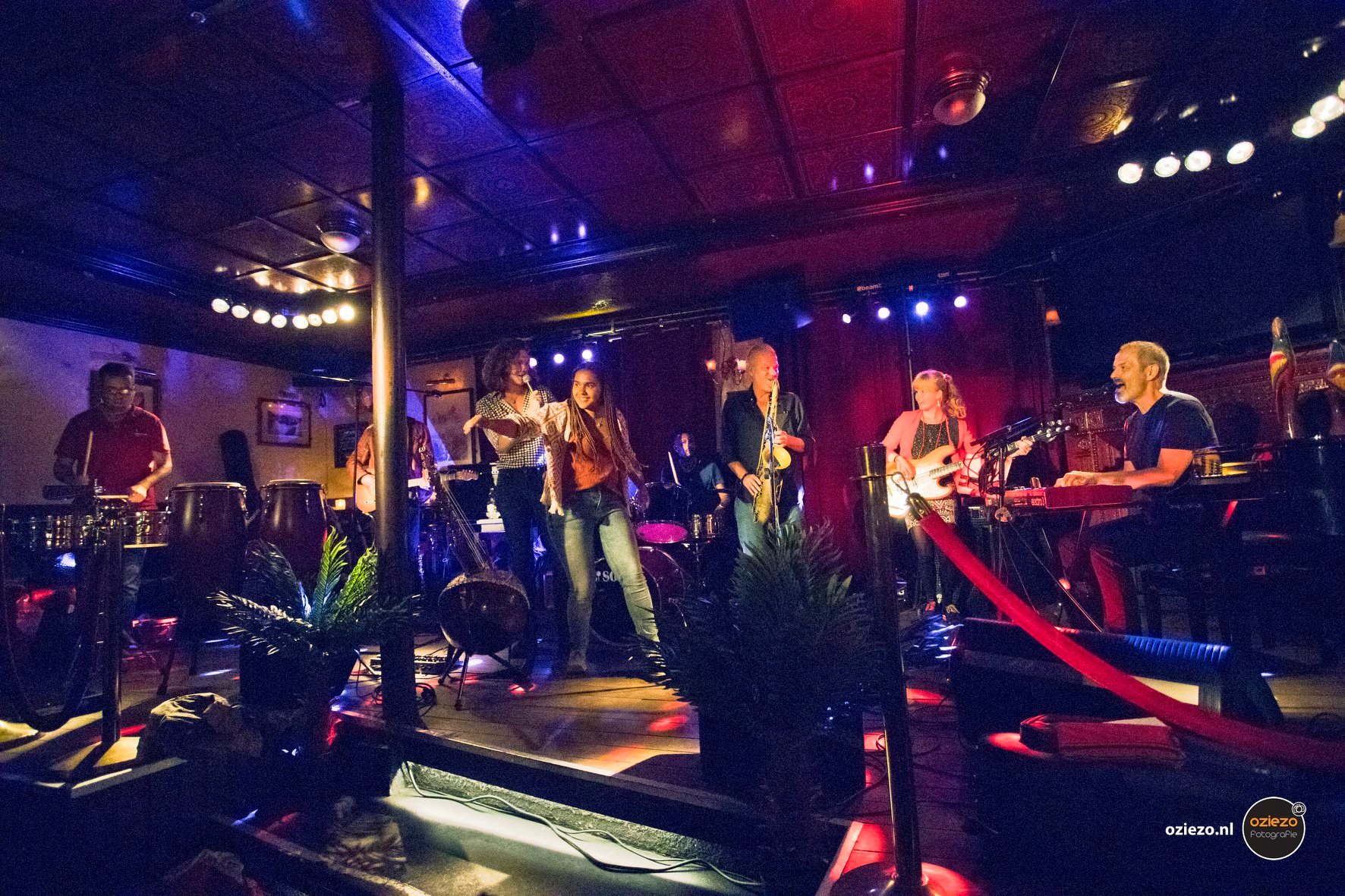 With only 2 people we built up the ‘Rosan Brings Africa’-tour. From now on we’ll stand strong with a crew consisting of 9 people! With this team we’ll make the tour a big experience.

Let us introduce the RBA-CREW to you: 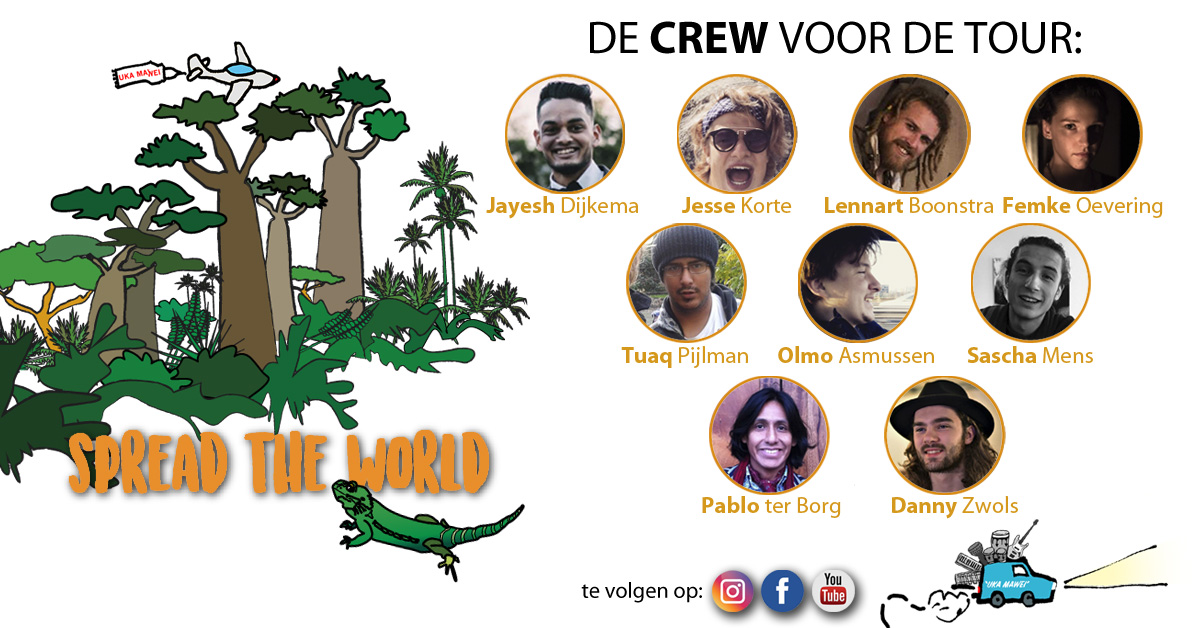 Restaurant/theater Le Brocope in Oldeberkoop is added to the tour on sunday 29-10-2017. This is a special arrangement. Before we’ll play the concert Rosan and her African bandmembers will give a workshop about African music. It’s possible to have a diner at the restaurant of Le Brocope in the meantime before the concert starts!

New show added to the tour! Jazzcafe New Orleans (Groningen) confirmed to be part of the Rosan brings Africa NL Tour 2017. In New Orleans we’ll play in an intimate setting inroducing the tour. This means that we’ll start and complete the tour in Rosan’s hometown; Groningen!

Check the tour dates and come dance with us!